Click below to be redirected to your Parent Portal. 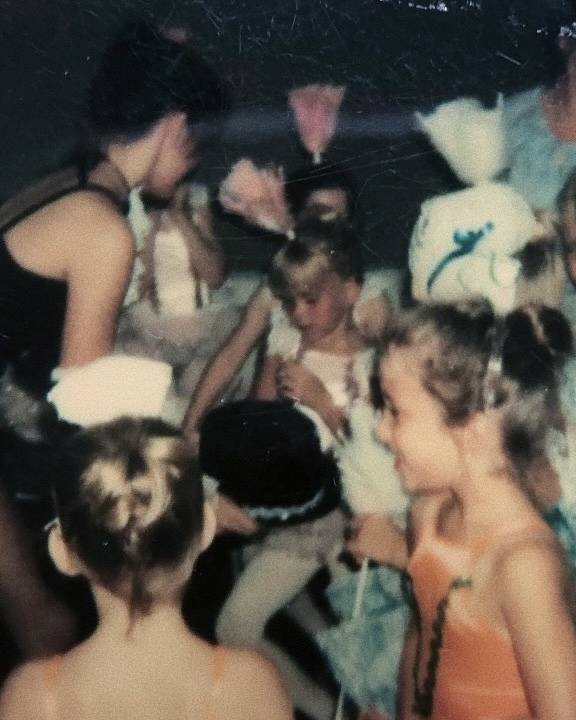 At the heart of our studio is Barbara Bowden. She was the mother of our founder, Dianna Jones, and was a teacher in East Baton Rouge for over 50 years. Dianna, "Ms. D" to all those who know and love her, says that everything she knows about teaching she learned from her mom. She began observing the way her mom interacted with students from a very early age, and used that, along with the faith they shared, as her foundation once she began teaching students of her own.

Both Mrs. Bowden and Dianna's dance mentor, Margaret Powell, saw her potential to educate and train other dancers when she was just 13 years old. After assisting Mrs. Powell during a summer program, she began teaching children at a local health club while their parents exercised. When the number of her students outgrew this facility, Mrs. Bowden rented a studio where Ms. D was able to continue to teach. That same year, she went on to produce her first dance revue at Tanglewood Elementary in Baton Rouge at the age of 14 (pictured). Dianna designed the costumes and Mrs. Bowden, a master seamstress, made each one.

From that auspicious event, the Jean Leigh legacy began. The encouragement from her mother drove Dianna to share the gift of dance.

“Mom saw something in me that I didn’t see in myself. I suppose that’s what great teachers do. My mother was the most gifted teacher I’ve ever known.”

Dianna received excellent training and discipline from her early dance educators, Margaret Powell and Donna Blanchard, and gives that back in kind. “To this day, their influence is present in every class I teach.”

From the small, two-room studio in Watson to the 7200 square foot facility we now call home, the heart of JEAN LEIGH ACADEMY OF DANCE beats due to the influence of our past, and flourishes for the promise of our future.

JEAN LEIGH ACADEMY OF DANCE is a studio that strives to enrich the lives of children and young adults through dance. We are dedicated to excellence in dance training and our aim is to provide a well rounded education in all areas of dance with an emphasis on a strong classical ballet foundation. Our policies are intended to ensure that every student receives the utmost attention, the opportunity to advance, and the discipline which is vital to the success of every endeavor. We pledge ourselves to provide the best experience possible for all our students.

...for He delivered us and saved us and called us with a holy calling, not because of our works [or because of any personal merit—we could do nothing to earn this], but because of His own purpose and grace, which was granted to us in Christ Jesus before the world began. 2 Timothy 1:9

We expand the potential of each dancer by providing a safe space for them to develop into disciplined technicians, expressive artists and innovative interpreters of movement. We challenge each student to progress toward achieving their full potential as a dancer, performer and human being.

JEAN LEIGH has been a cornerstone for the arts in southeast Louisiana for nearly 40 years. In that time, thousands of dancers over several generations have become a part of our JLA family. It has always been our goal to lay the foundational framework in the lives of all our dancers. Many have gone on to become successful doctors and compassionate teachers, among many other professions outside of the arts. We have encouraged each of them to become the best version of themselves, no matter the path they choose.